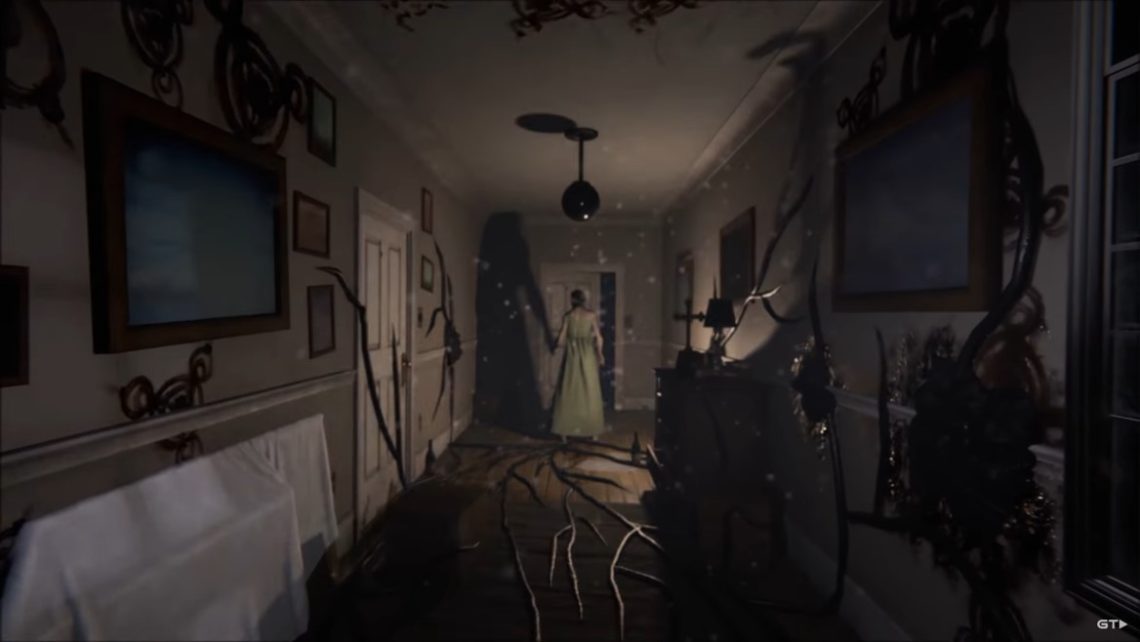 Throughout the past decade, there has been no shortage of new horror games. It’s a bit saturated, but we’re here to pick the ones worth talking about.

We’ve had plenty of good titles released over the last couple of years, and we’ve still got more on the way. Let us go over the top new Horror games that are releasing between now and the end of 2022.

If you’re interested in checking some more gaming blogs, check out the Top Upcoming Zombie Games & the Most Exciting Survival Games Coming Soon.

1. The Dark Pictures: The Devil In Me

The Dark Pictures 4th Entry in the series. These games are like interactive movies and provide incredible entertainment for any horror fanatic. A group of documentary filmmakers are invited to a creepy killer’s mansion.

Things will expectedly get out of hand for those invited to this place, and if you’ve played previous titles in the series or any similar games, you can expect how it would generally play out. These games have fantastic levels of interactivity and can pull the player in.

As always, we’re expecting good things from this. We always do with the Dark Pictures titles.

After two hugely successful releases, the geniuses at Red Barrels have made the 3rd entry in their Outlast series, The Outlast Trials. This time bringing a multiplayer aspect to the franchise, you can choose to survive alone or with up to 3 other players as a team of 4.

They don’t seem to have toned down any horrors with this new entry, and we’re all the more excited for this one to release. We all know new horror games are more fun with friends, yet sometimes just as scary.

There’s no release date yet for The Outlast Trials, although the peeps at Red Barrels have confirmed that the game will be released in 2022.

This is a tactical online, first-person horror game where survivors must defend themselves and each other while trying to repair the space station they are on. On the flip side, there is also a team of player-controlled monsters who must do what they can to neutralize survivors and prevent the station from being repaired at all costs using their telepathic powers.

It seems like a highly intense & fast-paced horror title. This one will be a fun title to play with friends or even your own.

A first-person psychological horror called Once Upon A Time In Roswell or The Peterson Case as it’s now known. Everyone’s favourite type of new horror game and easily the scariest. This title is very reminiscent of the Silent Hill P.T demo. This title sure looks terrifying.

Following the story of Peterson’s family disappearance, you play a detective trying to solve the mystery of their disappearance. As you embark on your case to find them, you’ll run into many questionable encounters and unearthly beings.

Announced back at PAX West in 2019, this title isn’t too far on the horizon. Let us all hope it doesn’t hop on board the delay train this season and comes out sooner rather than later.

This quirky, free to play multiplayer game is coming to us very soon. You can learn more about VHS here. Giving off vibes very similar to that of Dead Realm, Dead by Daylight and many other similar titles, this looks to be an auspicious way to spend time with your buddies.

In a world where monsters escape from the tapes inside a video store, you, the survivor, aims to fight these monsters to survive. Giving off major 80’s blockbuster store feels, any fan of new horror games who enjoys a bit of multiplayer will have fun with this promising beauty.

The game was released on July 18th, 2022. Since then, it’s received mixed reviews on Steam due to the game having large queue times, although it’s natural to expect this to improve.

Now, any horror fan who’s brave enough to play many new horror games will have heard of the S.C.P games. This title was Kickstarted earlier this year and is soon about to enter early access.

Being a hardcore cooperative first-person tactical shooter, gameplay already looks very promising despite not receiving its full release just yet. We’ll see how this one plays out when it releases in early access in December.

7. Sons of the Forest

The highly anticipated sequel to the hit survival-horror game ‘The Forest’. Sons of the Forest will hopefully be continuing the story from the first game despite little to no information aside from a couple of trailers being shown.

Of course, plenty of room was left to speculate for a sequel at the end of the first game, so it’s only natural to assume that we’ll continue where the first one left us.

We’ll have to wait for Endnight Games to show us more of their new upcoming release to know more of what will happen with the story.

A unique new horror game here. Are you scared of spiders? It’s got you. Trains? Yep. Choo Choo Charles involved you travelling around in a train, upgrading parts and completing missions to avoid, hide and eventually (hopefully) kill Choo Choo Charles.

Charles is a monster taking the form of a Spider/Train hybrid. Something straight out of your nightmares. The release date for this one is just 2022, but we’re hoping it comes out a little bit earlier as this one looks like a fun way to spend time.

Scorn is a highly anticipated title that gamers have been waiting for. When it was announced at an Xbox Series X games showcase in May 2020, with a gameplay reveal coming later that year in October 2020, horror gamers seem extremely hyped for this title to release.

The game will be an Xbox Series X & PC Exclusive, so, unfortunately, Playstation players won’t get a go at this great looking title. Not the worst news, of course. As long as you have a game pass ultimate subscription, you should be able to play this title on the cloud when it releases later in 2022.

The Callisto Protocol is set in the same universe as PUBG, albeit 300 years in the future (the year 2320) and taking place in a prison colony on a moon of Jupiter called Callisto. The developers seem to be aiming for a spiritual successor to the Dead Space game.

The only trailer for the game released so far is a cinematic trailer which seems to have been successful in building up the hype amongst their already large fanbase. This game is one of the more looked forward to titles this year amongst the horror community. Especially considering now that Dead Space has been delayed into early 2023.

Conclusion on new horror games in 2022

Despite a very quiet couple of years in terms of game releases, let’s hope these new horror games can at least bring some form of excitement back into the gaming scene for all those brave to play them. We’re particularly excited for some of these titles, even though we’re too scared to play them while alone. Keep your brave face on.