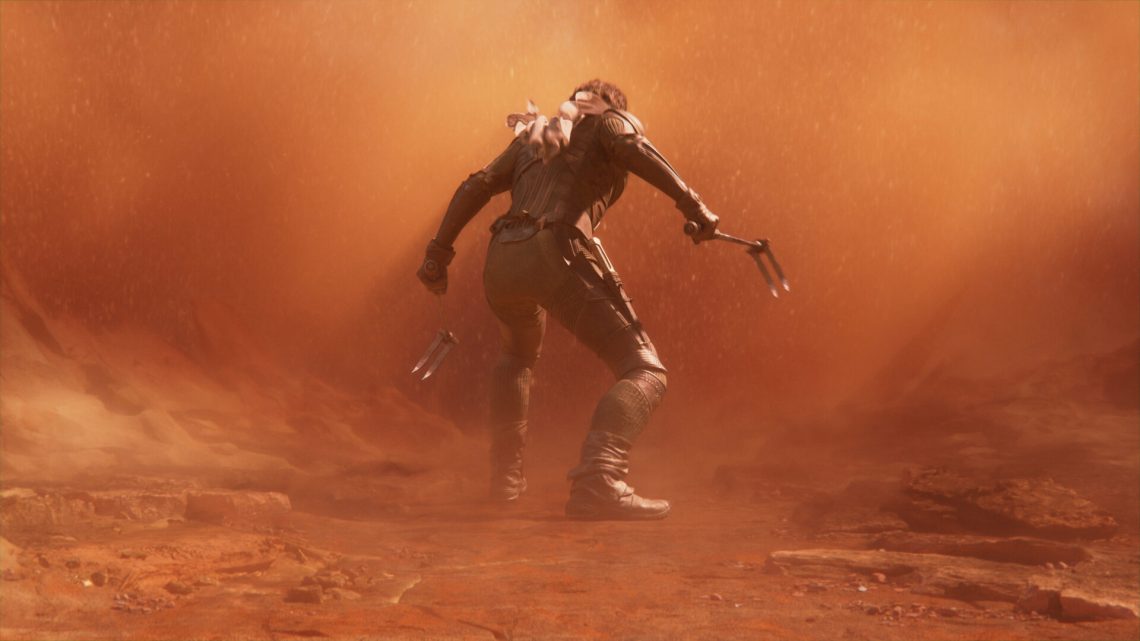 Survival games are a fantastic way to spend some of your time. They feel incredibly rewarding and very relaxing when you get into them, especially when you can show off your rewarding work to your friends in coop survival games.

We’re here to cherry-pick some of the better upcoming survival games released over the next couple of years, and one’s worth keeping your eye on when they finally release.

With the huge success of the Dune movie and books over the years. The guys over at Funcom have decided to develop their own game in the form of Dune Awakening.

Dune Awakening is a survival MMO set for release in 2023. Set on the planet Arakis you’ll get to survive with tons of other players in the arid deserts that make Arakis so difficult to survive in.

ARK 2, the highly anticipated sequel to ARK: Survival Evolved, is just over the horizon. Scheduled to release sometime in 2022, this title is set to improve upon the original series in pretty much every way. This time coming with a story featuring none other than Vin Diesel himself.

It’s worth noting that Epic Games own the ARK series, so hopefully, with the success of Fortnite and the sheer amount of money Epic Games now has at their disposal, we’ll get a quality game with a good amount of funding this time around.

We can all agree that the first ARK game was a bit rough around the edges, although we’re holding out hope this time that the sequel will build upon the weaknesses of the first game and deliver a top-notch dinosaur survival game with a good story.

First announced in early 2021, The Day Before is an MMO survival game set in a post-pandemic America with desperate individuals fighting for survival against each other alongside infected who are nothing but hellbent on consuming any fleshy being in their path.

This title has breathtaking views, graphics, and gameplay that is not to be scoffed at. It looks gritty, intuitive, and just what you need for a game like this. Let’s hope it does not disappoint us when it finally releases.

IXION, another space-related survival game, does something a bit different. It’s a mix of a city-building and survival game where you help guide the Tiqqun space station through deep space to find a new home for humanity.

You play as the administrator of this station. You will help manage every aspect of the station to ensure the survival of your people and successfully find the planet that will eventually become Earth 2.0.

Not something that has been done much before but will hopefully be a welcome release amongst any fans looking forward to this. I know I’ll be picking this one up.

Sequel to the huge hit city-building survival game, Frostpunk. Frostpunk 2 takes place 30 years after the apocalyptic blizzard, and the earth is still suffering. Playing as the leader of a new metropolis, you’ll be leading your people on a hunt for a new source of power to survive, oil.

You’ll be forced to deal with a political divide between people, as not everyone will agree with your metropolis’s new direction. It will be your job to unite your people and drive them toward a better future while dealing with unfortunate sacrifices.

Those who enjoyed the first title will be looking forward to this one, and here’s hoping it’s an even better release than its predecessor.

Simulator games are some people’s bread & butter. These types of games tend to delve very deeply into their mechanics to provide the most ultra-realistic experience possible in their game. Winter Survival Simulator is looking to do just that.

Stuck in the harsh environments of Mount Washington State Park, you are lost, with little to no supplies. Survive the bitter cold and the wandering wildlife, and satiate your hunger & thirst, all while making your way to an abandoned ranger station to call for help.

Releasing this year. Let’s hope we aren’t all sick of the winter season by the time it comes out. For me, though, I love the cold. I know I’ll be trying this one out.

You can play the Demo for Winter Survival Simulator here.

In Forever Skies, Earth was devastated by an ecological disaster. You return to earth hundreds of years later from space to rebuild. You build a high-tech airship and aim to find a cure for a mysterious illness threatening your family.

Forever Skies is soon coming to steam in the form of an early access game, so while playing the game, we will also receive many major updates through its first couple of years of release.

A Cowboy game with ranch building, town management, and survival features? Sign us up. From lush forests to arid deserts, this game looks stunning!

This game seems like Red Dead Redemption 2, and pretty much any town management/survival game had a love child. Coming with its very own story mode, hundreds of missions, town-building, and horse riding. This seems to be an all-in-one package deal.

They haven’t shown much of this game, but here’s hoping we receive some more information either at the Video games awards event this December or at least sometime early next year. For now, though, the game is edging for a 2022 release date.

9. Sons of the Forest

Another sequel title to look at. As you can guess, sons of the Forest is the sequel to the hit cannibal survival game The Forest. First released in early access back in May 2014, The Forest became a huge hit and inspiration for many new survival games.

Well, it looks like we’re finally getting our well-deserved sequel after almost 8 years. Sons of the Forest looks to continue from the cliffhanger ending we all received at the end of the first game. The game includes new variations of enemies, new survival tools at your disposal as well as new weapons.

The publishers haven’t revealed much about the game before its release as they intend to keep a bunch of the story content under wraps. However, the community has figured out a basic synopsis of the story itself. Here’s hoping it doesn’t hop aboard the delayed train and stick to its current release date in May this year.

Let’s be real. This is the game no one expected, but we all deserved it. Charles is a monstrous amalgamation of a train and a spider with a terrifying face that will haunt your nightmares.

Survive and hide from Charles while traversing the island that you’re on. Talk to several interesting characters throughout your journey and figure out how to kill Charles.

Upgrade your train with tough armor and bigger guns to keep Charles at bay. We’re both scared and excited to play this game. It’s definitely on our to-play list.

There is no shortage of new survival games (as usual) over the next year or so. The survival genre can sometimes be very saturated, but these are some of my favorites I’ve picked out among the rabble. I know I’ll be picking up most of the games on this list but will you?

Let me know in the comments if you’ll pick up any neat releases here! Or if there’s anything you think I may have missed.