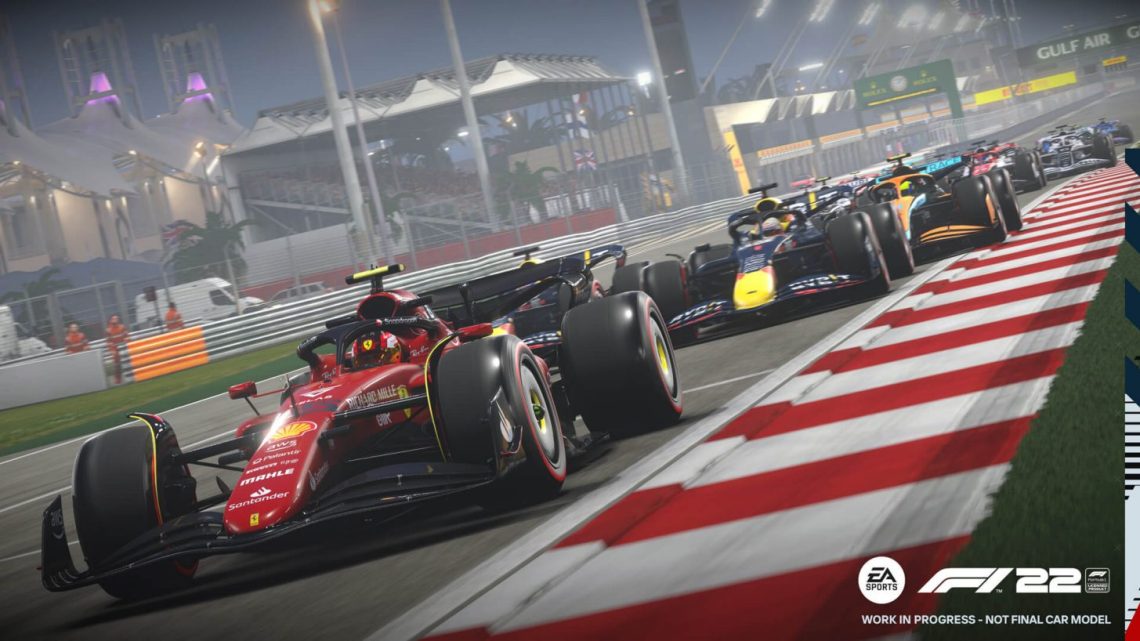 Racing games have always been around in the world of gaming. They’re prevalent amongst car enthusiasts and even those who love zipping around in their favourite car with their friends. We’ll be showing you what we think are the top 10 new racing games releasing in 2022 that you need to try.

Some even pair their game with racing wheels to enhance their driving experience. This can significantly improve the fun of playing racing games, especially if you’re using racing wheels with force feedback.

There are several games in this list below that support racing wheels, and we’ll let you know if they are, including who published & developed the game. If there are any games we’ve missed that you feel deserve to be on the list, please let us know below.

The F1 series has been a big hit for racing enthusiasts since its initial release in 2000. F1 2022 is attracting as much attention and is a racing simulation based on Formula 1.

F1 2022 is back, with reworked physics, AI and new tweaks to the gameplay. The publishers have also added Grand Prix simulation to the game.

Keep in mind that the F1 2022 is the first game in the era of new F1 regulations. On the downside, there is no Braking point single-player story, and it takes a lot of trial and error to get the full simulation settings that were added.

They’ve added VR support with F1 2022, so you can zoom about as if you’re there. Only time will tell if this VR mode is all it’s snuffed up to be.

The MX vs ATV franchise has thrived in the racing community because of its high-speed races and wide range of bikes and quads for players to choose from. The MX vs ATV: Legends is ideal for extreme sports fans and establishes itself as the best game for intense racing action.

The game allows you to race on a 2-player split-screen with up to 16 players in the squad-based gameplay. You can customize your rider and vehicles, and the publishers have designed the ride berms and ruts with higher precision. There is also a new career mode and Trails mode to experience high-intensity outdoor racing.

GRID: Legends is giving its fans another exciting experience to look out for in 2022. The fast-paced racing game is well-known for allowing players to explore different countries through their games, from Moscow to London. It’s a noticeable step up from the game released in 2019, with more race types, a more expansive collection of circuits, and intriguing hop-in multiplayer.

One of the new features on the GRID: Legends is the Race Creator Mode. Although the challenges are pretty exciting, you can customize them with this creator mode if you want something new. A tweak that experienced players might notice on the GRID: Legends is the performative errors and failures that opponents get into, making the game more realistic and unpredictable.

Another new racing game to expect in 2022 is Gran Turismo 7, which has already established itself as a welcoming game. The game features hours of tasks and races that players can enjoy. It combines this with the classic GT experience. The car handling in Gran Turismo 7 is pretty impressive, allowing modern cars to feel planted while the retro cars feel loose.

The game now features multiple tire compounds and will factor in environmental factors to make every lap look and feel different while you play. There isn’t much information on Forza Motorsport, but it will most likely beat the 700 cars and 32 tracks offered by Forza Motorsport 7.

It will also provide cloud gaming for Xbox Game Pass Ultimate subscribers, and with it being an Xbox Game Studios title, it will undoubtedly be released on day one on Game Pass.

When Redout first launched in 2016, the game was a huge hit, as it combined the ideas from high-speed racing games with a funky futuristic setting. Redout 2 will be released in 2022 and will provide similar gameplay.

It’s a big step-up from the original game. The soundtrack for the game is bigger and better this time around. The developers have focused on dynamic changes to show the on-track action combined with the music. The game feels exciting and suspenseful as you play.

While Assetto Corsa Competizione might sound unfamiliar to non-fans, it isn’t a new game. The game offers a brilliant experience and teaches players the meaning of endurance. This new release eliminates surplus rides and has reduced to a single racing discipline. But, it makes up for this by offering some of the most respected circuits in the world.

Many racing opportunities are available in Assetto Corsa Competizione, from quick championships and career mode to long championships and highly-customizable custom events. The new racing game focuses on race craft, design consistency, and a deep driver rating system that players will enjoy.

MotoGP 22 is another mind-blowing game for enthusiasts to expect in 2022. It comes with impressive new features and modes and some historical content to suck you in. These features include new bikes and liveries from the MotoGP Championship in 2022.

In MotoGP 22, players get even better graphics, gameplay, and sound (As expected with a new entry in the series). Milestone has also added their unique touch to the docuseries that the game is based on. However, you might notice that the Career Mode is no longer as important in the 22 games.

Monster Energy Supercross 5 is a new racing game for enthusiasts who prefer motorbike racing. This game has undergone multiple variations in the past, and now it offers an advanced upgrade with Career Mode. Players will start as amateurs in the 250SC Future Class and go from there.

Another well-known racing franchise for racing lovers is Need for Speed, and there will be a sequel in 2022. There are primarily rumours surrounding this game, and there isn’t much-fixed information about it yet. It is rumoured that the game will be released in September or October this year.

There have been several different leaks about the game on the internet, allowing players to look forward to a fantastic experience. Generally, the game will combine surreal elements with realism, offering colourful visual elements.

There’s quite a limited number of games releasing in 2022 but it’s worth noting that there will be plenty that hasn’t been announced at all yet so it’s worth keeping an eye on our list throughout the year as we’ll keep it updated.