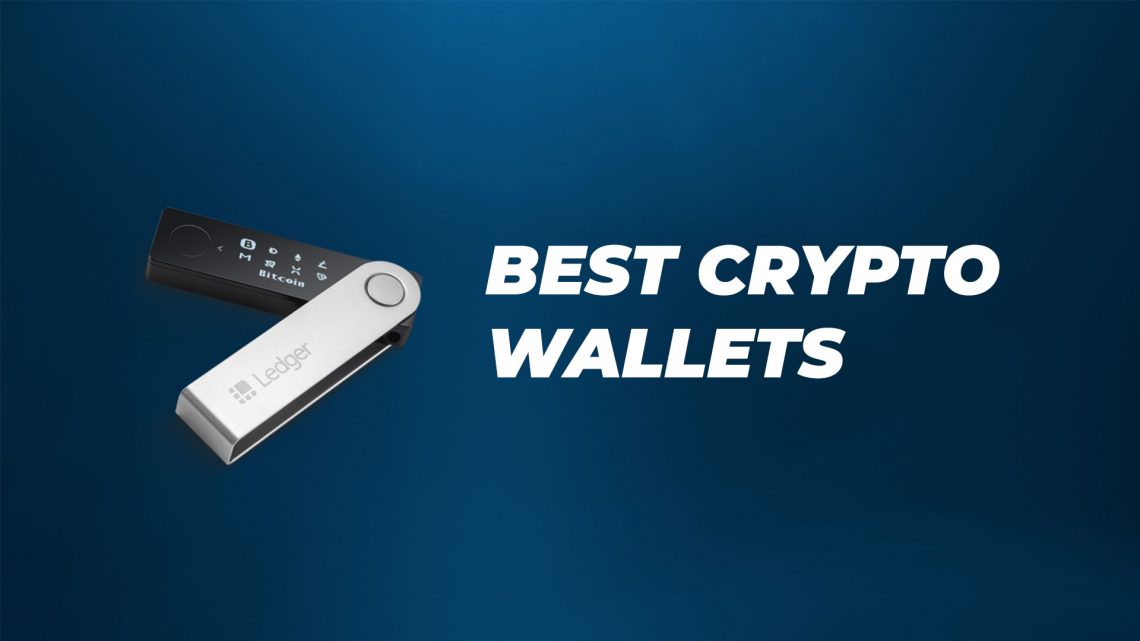 When investors think about crypto, they tend to focus more on how they can generate profits from price swings. But, what happens when the digital currency you have invested in won swing upwards? What if you want to invest for the longer term? You keep your crypto in a wallet and wait.

This is why crypto wallets are essential for investors, particularly for those who want to keep their coins for a little longer and wait for the next moon shot. Although there are different wallets available for securing your digital cash, including desktop wallet, mobile wallet, paper wallet, and web wallet, history has shown that hardware wallets are the most secure and most preferred amongst long-term holders.

Unlike most wallets, hardware wallets come with two-factor authentication and a PIN code. With frequent incidences of crypto theft and hacking, hardware ensures that you not only store your assets in a single, secure place but also have control over them. This is the new era of the internet called Web 3.0, learn more here.

While there are plenty of hardware wallets in the market, not all will perfectly serve your purpose. Here are a few that have proven to be exceptional when it comes to both reliability and safety.

Ledger Nano X is the second cold storage from Ledger, introduced as an upgrade to the previous version Ledger Nano S. With the current upgrades, Ledger Nano X is one of the best hardware wallets in the market. Ledger increased the capacity for coins and integrated Bluetooth connectivity making this device a dynamo for managing digital coins.

Ledger Nano X also comes with a larger screen and more internal space that allows you to store more than 100 different digital currencies which is a much bigger upgrade from the Nano S which can only hold around 3-5 Cryptos. So, with this device, you not only get the convenience of holding and accessing your digital assets on the go, but you can also hold a diverse portfolio in a single device.

Ledger Nano X is suitable for traders who make frequent transactions, own many coins, and want cold storage with multi-signature support. However, compared to its predecessor, it comes with an increased cost of $119. With a wider screen, you should expect Ledger Nano X to be a little bit bigger than Nano S at 72 x 18.6 x 11.75 and heavier at 34 grams.

Although it supports Bluetooth connectivity, the Ledger Nano X also uses USB cable type C, and a secure processor, ST33J2M0 + STM32WB5. It also has a rechargeable battery (100mAh) to support your trading on the go.

Ledger Nano S is one of the most popular and affordable hardware wallets in 2020 manufactured by Ledger. Even though it is highly affordable, the device has first-rate security with a CC EAL5+ secure feature (military grade security). The device was released back in 2016 but has remained one of the most cutting edge devices when it comes to storing cryptocurrencies and altcoins.

At present, it retails for US$59 and is suitable for novice investors who are looking for an affordable way to store their digital currencies. This cold storage supports more than 1100 different digital assets, including some of the most common like Bitcoin, Bitcoin Cash, Ethereum & ERC-20 tokens, Litecoin, EOS, Tron, XRP, and more.

Ledger Nano S is compatible with most devices connecting with USB micro-B. Specifically, it is compatible with 64-bits desktop computers (Linux, macOS 10.8+, Windows 8+), except ARM processor. It is compatible with smartphone devices (Android 7+ or iOS 9+) via OTG cable. This cold storage uses a secure ST31H320 + STM32F042 processor and has a compact size of about 56.95mm x 17.4mm x 9.1mm.

TREZOR One is the oldest cold wallet for cryptocurrencies, having been released by SatoshiLabs in 2014. Costing at just US$59, this model is a direct competitor to the previously reviewed Ledger Nano S. like its competitor, TREZOR One is a battle-tested cold wallet that supports a wide variety of digital assets at an affordable rate. Over 1000 coins and ERC-20 tokens are currently supped, including some popular names such as Bitcoin, Bitcoin Cash, Litecoin, Ethereum, Zcash, and Dash, among many others.

The additional security measures such as passphrases and PIN codes make this hardware wallet as close to hack-proof as it gets. The device is also produced by one of the biggest, if not the biggest companies in the industry, a company responsible for a variety of well-known crypto projects such as CoinMap and “Slush” pool.

This wallet uses USB 2.0 cable compatible with macOS, Linux, and Windows. It is powered by 120 MHz ARM Cortex M3 chipset and weighs about 12 grams with dimensions of 60 mm x 30 x 6 mm.

TREZOR T is the second generation of SatoshiLabs’ hardware wallets, after the TREZOR One model. The design of this model is similar to its precursor but comes with a bigger, color touchscreen eliminating the physical buttons. TREZOR T (called the TREZOR core) was also coded from scratch, to enhance its security further.

The additional features mean that the T model is more expensive than the TREZOR One and its main competitor, Ledger Nano X. The inclusion of a bigger color touch screen makes the model competitively priced at US$159. TREZOR T supports a wide variety of cryptocurrencies, including Stellar Lumens (XLM) and Ripple (XRP), that are not supported by TREZOR One.

The KeepKey is newer on the block compared to Ledger and Trezor, but it’s created by a well known organisation in the Crypto space, ShapeShift.

The wallet was released in 2015 at the price of $49. This is a more affordable price than the other hardware wallets we have reviewed above. Again KeepKey works similar to the above hardware wallets by connecting to the computer using a limited protocol, never revealing the private key.

So if you are looking for the safest cold storage device for Bitcoin and crypto, we would highly recommend the Ledger Nano X sitting at number 1 on this list. Reason being is because it can hold 100’s of Cryptos unlike the other small devices. Plus, Ledger is the most popular and well-known hardware wallet company in the world.