Why Is DaVinci Resolve Free? + Free vs. Studio Differences 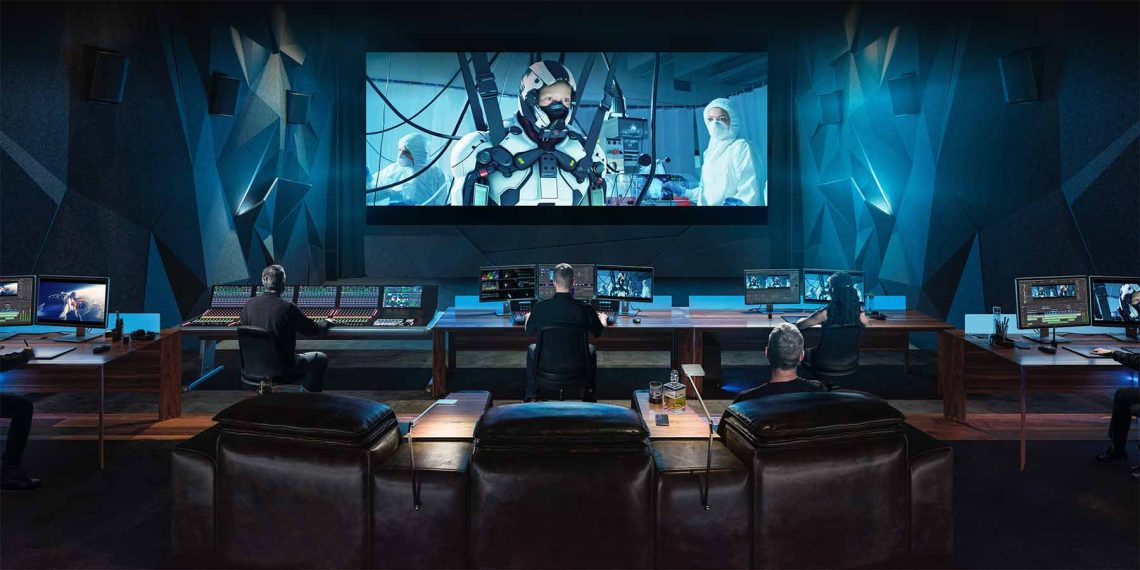 Written by Robert Sutton
0
Published 6 May 2022

DaVinci Resolve is free, well for the most part. That’s one of the best advantages of this groundbreaking video editing software. DaVinci is used in many different industries worldwide but primarily in Hollywood. Many films have been created, edited and processed using DaVinci Resolve.

There is, of course, a paid version of the software for top-level professionals, but the free version of DaVinci is more than enough for the average video editor, even some professionals.

We’ll also cover the differences between the free and the paid version of the software further down this blog and why DaVinci Resolve is free.

Why is DaVinci Resolve free?

Blackmagic Design plays such a big part in the Filmmaking scene, and they are known for being very user friendly. They always revolutionise the space and bring many advantages to using their equipment and software. They definitely give more to the users than most Filmmaking companies out there!

Blackmagic Design originally bought DaVinci Resolve (the software) in 2010 from the original developers, but there’s more on that story here.

Their video editing software is just a tiny part of what they do within the professional Filmmaking world.

How much does the paid version of DaVinci cost?

As stated on the DaVinci Resolve site, the paid version of the software also allows you to edit at resolutions higher than 4K while supporting 10-bit video and allowing projects up to 120fps for all you gamers out there.

It’s also worth mentioning that you receive a free copy of DaVinci Resolve Studio with any purchase of a Blackmagic camera such as the BMPCC 6K.

What else do you get with DaVinci?

Here’s a list of amazing features that DaVinci provides on both free and paid.

With DaVinci Resolve, you will get the same tools professional colorists, editors, VFX artists and sound engineers use in nearly all the top productions in the world. Those films and Netflix shows you watch were most probably color graded in DaVinci Resolve.

Learn more about what the new DaVinci Resolve update has in this video:

Is the paid version of DaVinci Resolve a lifetime license?

In short, yes. It is. With the license lasting for a lifetime, make sure you use your primary email and secure it well with a strong password. This will ensure that no one in future can steal your license by gaining access to your account through your email.

How many computers can I use with one license of DaVinci Resolve Studio?

You can use up to 2 computers with 1 single license. This works cross-platform for anyone who uses multiple operating systems.

For example, if you have a MacBook Pro and a Windows PC, you’re OK to buy one license of DaVinci Resolve Studio.

Can you upgrade to DaVinci Resolve Studio 18 for free?

DaVinci Resolve 18 is a free update for the Davinci Resolve software whether it’s paid or free. You can get a free upgrade if you purchase any previous versions of DaVinci resolve Studio.

If you open your software and check for updates, you should notice a free update available for you to download. It’s always wise to keep your video editing software up to date.

You can learn how to upgrade DaVinci Resolve while protecting your data here.

Should I buy DaVinci Resolve Studio?

It depends on what you use DaVinci Resolve for and how much you plan to use it in the future. If you use it for your job and know that you’ll continue to use it for months or even years, then it’s a yes.

It’s a lifetime license too, so you will be able to keep it forever for the price of $295.

Compared to the free version, the paid version’s features are vastly better for professional video editors and can help create much higher quality products than the free version ever could.

If you use it recreationally and don’t intend to use it professionally, you should consider sticking with the free version unless you want access to the paid features.

DaVinci Resolve is a fantastic piece of software, and the fact that it’s got a free version with insane good features makes it so much better.

It’s not only used by professional video editors but also used to create legendary Hollywood movies within the Filmmaking world. If you’re interested, you can learn more about color grading vs. color correcting here.

The paid version is fantastic for aspiring video editors looking to create a living out of Filmmaking or even those who work in the industry and want to improve the quality of their work. But if you’re just a hobbyist who occasionally enjoys editing, the free version should do well enough for you.