VR or AR: What’s the Difference & Which is Better? 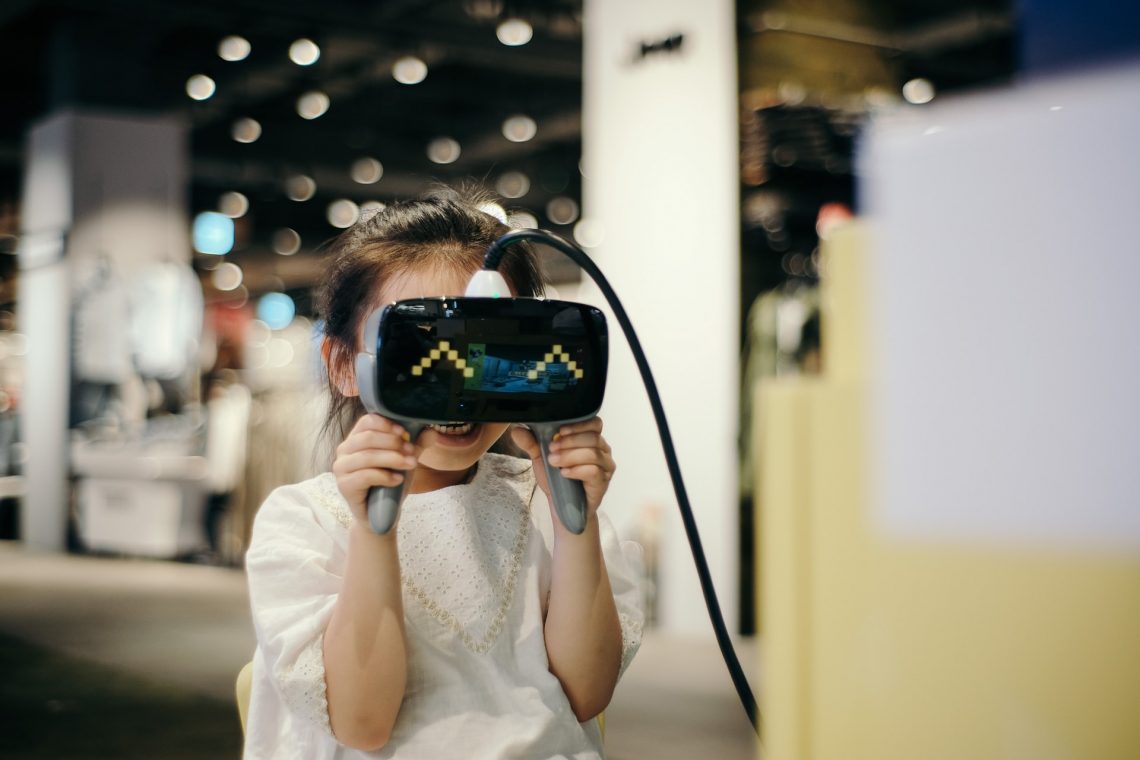 Over the past few years, there’s been an increasing focus on developing augmented & virtual reality technologies as their applications are seemingly endless. AR and VR can be used in entertainment, marketing, gaming, architecture, and brand development, among many other things.

But even though virtually everyone’s heard of AR and VR, not many people are aware of all the things that differentiate these two similar technologies.

So, let’s dive deeper into this topic and examine the similarities and differences between AR and VR, and perhaps even see whether one is better than the other.

What Is Virtual Reality?

Although it genuinely gained momentum in the 2010s with the release of the Oculus Rift headsets, VR has quite a lengthy history. After all, it’s been the central feature in many sci-fi novels and movies; just think of The Deadly Assassin serial in Doctor Who, the holodeck in Star Trek, the world of The Matrix.

So, unsurprisingly, the commercial availability of VR headsets with high resolution has shaken up the world.

In its essence, Virtual Reality serves to transport the user to another, virtual place. It creates a digital environment that replaces the real world.

Users can see artificial locations, hear artificial sounds, and interact with their digital surroundings as if they were truly there. It’s an almost completely immersive experience. “Almost” because the technology behind VR has a way to go before it can enable consumers to use all their senses in the digital world (we all have our fingers crossed, hoping for some developments in this area).

To experience Virtual Reality, you’ll need a VR headset and perhaps a pair of hand controls.

There are three types of VR headsets:

The tethered VR headset needs to be connected to a PC and uses external sensors and cameras for motion tracking. The mobile VR headset uses smartphone processing power and doesn’t have such sophisticated motion tracking sensors. It can only detect direction, not your positional movements.

One of the most exciting recent developments in the world of VR is the stand-alone headset. Oculus Quest is the first all-in-one device that doesn’t require a PC connection and features no wires. It boasts the power of a tethered headset and the convenience of a mobile one.

When turned off, the headset completely blocks your vision, shutting off the real world. And once you turn it on, the LCD or OLED screen fills your vision and offers you a 360° view of the surroundings.

You can move around and interact with the environment in the virtual world, visit the Eiffel Tower from the comfort of your living room, ride a dragon, and battle demons if you want to. The digital environment entirely replaces the outside world.

What Is Augmented Reality?

Augmented Reality has a history of its own, and while it hasn’t garnered as much attention as VR, it’s still a popular technology with a growing number of consumers. As a matter of fact, since it’s more easily accessible, it will likely attract bigger audiences as it continues to develop.

The best example of AR in pop culture is perhaps Pokémon GO. At the peak of its popularity, the game had around 28.5 million players in the US alone.

If you haven’t experienced AR by hunting Pokémon around your neighborhood, then you’ve likely encountered it on social media. Snapchat lenses and filters are an excellent example of AR in use, and so are the filters on Facebook or Instagram.

Pokémon GO, for example, uses your smartphone camera to display your real surroundings, then superimposes images and videos of Pokémon on the app. Many AR games actually use the user’s surroundings to adapt the levels and introduce new obstacles and challenges, making the gaming experience unique to every user.

To experience AR, you don’t need to have specialized equipment or headsets. A smartphone or tablet will do, although goggles and lenses are available as well. AR lenses don’t block your field of vision as VR headsets do. They allow you to see and experience your actual surroundings, and they only add more elements to it.

Current Applications of AR and VR

Both AR and VR are already being used for various purposes across industries. So, let’s check out where these technologies are the most prevalent.

As discussed, AR games are already attracting millions of players around the world. Designed for smartphones, they’re easily accessible, convenient, and attractive.

VR games are a whole other phenomenon. Since they require excellent graphics and high resolution, their development is more complex, but they’re still widely available. Among the top games coming out in 2020, we’ll have Star Wars: Squadron that’ll have complete VR support.

VR and AR materials can revolutionize education. Learning can become more immersive and more easily accessible to students from across the globe. Currently, AR and VR are used to connect remote teachers and students and enhance knowledge transfer by offering experiences that would otherwise be impossible.

Many companies are also using these technologies to improve their employee training and onboarding.

Most commonly, AR and VR are used for enhancing marketing efforts. Back in 2014, for example, Pepsi Max’s marketing campaign went through the roof thanks to AR.

Ads utilizing AR and VR are more immersive, more noticeable, and can help to spread brand awareness and increase a company’s return on investment.

In healthcare, AR and VR can both be used for training young doctors, nurses, and technicians. They can practice different procedures without needing a live patient; they can prepare for surgeries, test out different treatments and methods, and more.

The real estate industry has always relied on visuals. You need blueprints, scaled models, 2D drawings to present your ideas and plans. Architects, real estate agents, engineers, and others can use Augmented and Virtual Reality to bring their ideas to life, plan out a project, forecast possible risks and problems, and visualize their work before it’s completed.

These are just some of the examples of how AR and VR are being used today. With the global AR/VR market expected to grow at a compound annual growth rate of 63.3% by 2025, we’ll see many more uses of these technologies.

Is One Better Than the Other?

Both AR and VR are exceptionally valuable technologies across industries. Although they share some similarities, they’re vastly different, so there’s no real answer to whether AR is better than VR or vice versa. It all ultimately depends on what you’ll use it for.