Mirrorless vs. DSLR Cameras: Clash of the Titans! 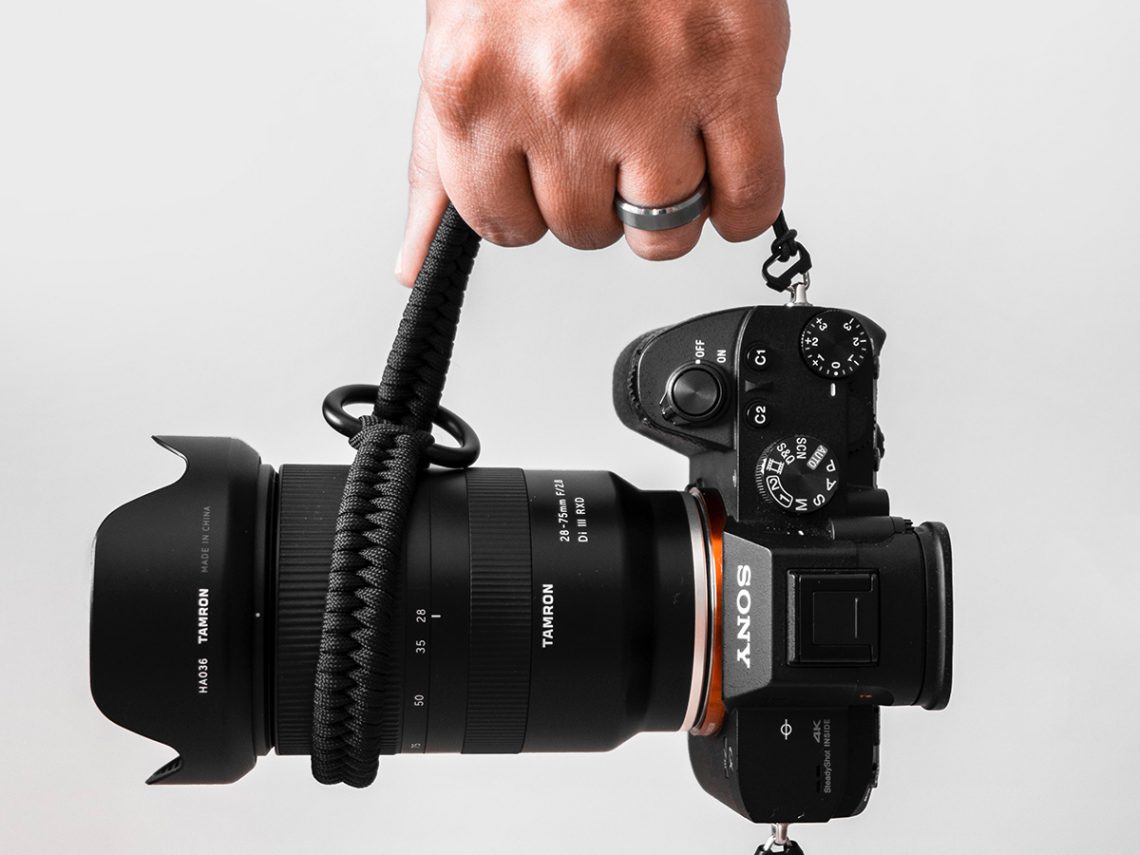 We’re going to take a look at the pros and cons of both, and hopefully help you make your mind up. Let the battle commence!

Mirrorless camera fans claim that the DSLR is dead, and that mirrorless is the camera of the future. Is that really true? Both designs have their flaws, so let’s look at the differences between the two.

When mirrorless cameras first arrived on the scene, many photographers didn’t take them seriously because of their small size and very short battery life. Nowadays, many camera brands like Nikon, Canon, and Sony have mirrorless ranges, and the improvements in technology mean that mirrorless cameras can now compete with DLSRs.

While both DSLRs and mirrorless cameras capture the scene through the camera lens itself, the way they show the view of the scene you want to capture is very different. DSLR’s use a mirror inside the camera body to reflect the image you’re looking at up and into the viewfinder. When you press the shutter, the mirror flips up and out of the way so the image can pass to the digital sensor.

Mirrorless cameras, as the name implies, don’t have the mirror. They use the live view captured by the camera sensor itself to create an image in the electronic viewfinder. This means you can see the image exactly how it’s going to be captured – including the depth of field (the ratio of sharp areas to blurriness) you’ll get in the captured image. You can also see exactly what your photo will look like in low-light conditions before you press the shutter, so you can make exposure adjustments accordingly.

DSLR cameras focus using phase-detection AF, which is much faster because it compares two versions of the subject from two different angles and works out where to refocus the lens, and how much adjusting it needs. This method is much faster, but is potentially not as accurate as contrast-detect AF.

However, camera makers started adding this hybrid AF technology to their DSLR cameras too. The Nikon D780 DSLR or the Canon EOS 5D Mark IV DSLR features the best of both worlds. Because focusing speed and accuracy is important to sports photographers, many continue to use DSLR’s rather than mirrorless cameras. Having said that, most modern mirrorless cameras can now be used successfully in capturing action and sports photography.

Mirrorless cameras lose the advantages they gain over DSLRs due to the short battery life. Basic entry-level DSLRs will go on for around 600 shots between charges quite happily, and some, like the entry-level Nikon D3500 DSLR can go up to 1,550 images on just one charge. Pro-spec DSLR cameras often reach a heady 4,000 shots between charges (although they do have bigger batteries).

Mirrorless cameras generally only make around 350-400 shots before needing charging, but some do even less than that (the Canon EOS RP only makes it to 250 shots per charge!). The Sony A7R III has a battery life of 650 shots per charge, and while that’s a step forward, the mirrorless has a long way to go to equal the DSLR in terms of battery life.

So, if you are taking a mirrorless camera on a full day’s shoot, don’t forget the spare batteries.

“It’s not how big it is, it’s how you use it that counts”, is a phrase appropriate for the size debate between mirrorless and DSLR cameras. Mirrorless fans claim their compact size and weight is a huge advantage compared to bulky and heavy DSLRs.

DSLRs are bigger and heavier because of the mirror and the optical viewfinder. While entry-level DSLRs with ‘pentamirror’ designs are not that big and heavy, pro-spec DSLRs often have a glass prism in the viewfinder chamber which leads to extra bulk and weight. DSLR batteries are also generally larger than those in mirrorless cameras.

While carrying a mirrorless camera around all day is certainly easier on your neck and wrists, those who have large hands may find the tiny controls on a mirrorless camera difficult to work. DSLR controls are generally much larger and therefore easier to see and use. They also balance much better with large lenses, while mirrorless cameras become front-heavy when coupled with big glass.

But What About the Lenses?

If you buy a Canon, Pentax or Nikon DSLR today, you have over 30 years’ worth of their lenses to pick from, and there’s even more third-party lens makers like Sigma and Tamron. Mirrorless lens choice used to be severely limited, but that’s no longer the case.

Sony got off to a head start with a decent range of lenses for its mirrorless full-frame FE mount cameras. Panasonic fans will be pleased to know that the company has entered into an L-mount alliance with Sigma and Leica. This will provide over 40 native full-frame lenses for the Panasonic S mirrorless cameras – all by the end of 2020.

Nikon and Canon have created lens adapters allow for their mirrorless cameras to use their DSLR lenses, Fujifilm and Olympus has had plenty of time to build up their own stock of lenses, so lack of decent glass is no longer a disadvantage for mirrorless cameras.

One thing that is, though, is the fact that mirrorless lenses aren’t always smaller than DSLR ones. It’s sensor size that roughly determines lens size, and mirrorless and DSLR sensors are pretty much the same size. That means a high-quality mirrorless camera lens that matches the specs and performance of a DSLR lens is also going to be around the same size and weight.

Small, budget lenses like wide-angle lenses or small fixed primes aren’t going to be too much of a problem for mirrorless cameras. But, if you put some big and heavy glass on like a telephoto zoom or a high-quality lens, you may end up getting a battery grip to put on your mirrorless to counteract the heavy weight at the front.

Mirrorless vs. DSLR Cameras – Who Won?

Neither! I know you wanted a definitive answer and probably feel cheated, but there is no clear winner. It’s all about horses for courses, and it’s what you want to use the camera for that will probably be the deciding factor – and the price difference.

Mirrorless cameras are generally more expensive to buy than DSLRs, so many beginners would be better off getting an entry-level DSLR for much less cost. Mirrorless cameras are silent in operation, and are generally best for shooting video although some DSLRs are now offering silent shutter action too. The more compact size of a mirrorless would probably also suit bloggers, Instagrammers, and travel photographers, while big and chunky DSLRs are still very much the go-to choice of professional photographers and sports photographers.

There. The trusty old DSLR ain’t dead yet, although mirrorless tech is getting better all the time. In case you want to know, I’m a DSLR shooter, but I’m not biased – I’d love to have both types of cameras, but I’ll have to wait until I win the lottery first!

I'm a photographer and writer from Durham in northern England. I love photography and I enjoy writing, so I get the best of both worlds by combining them! 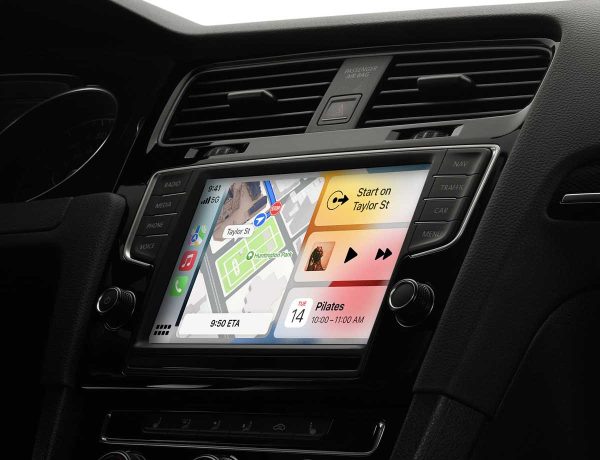 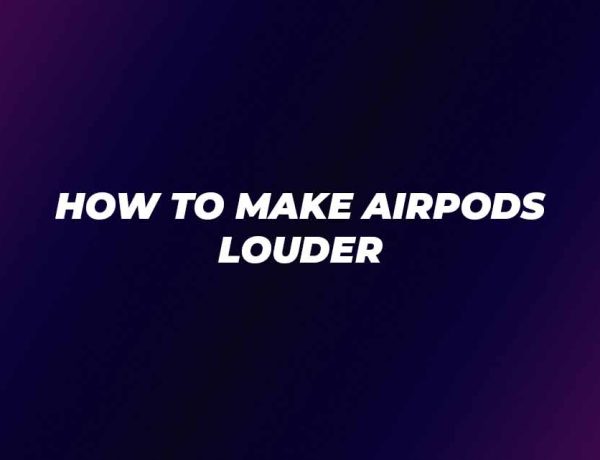 How To Make AirPods Louder 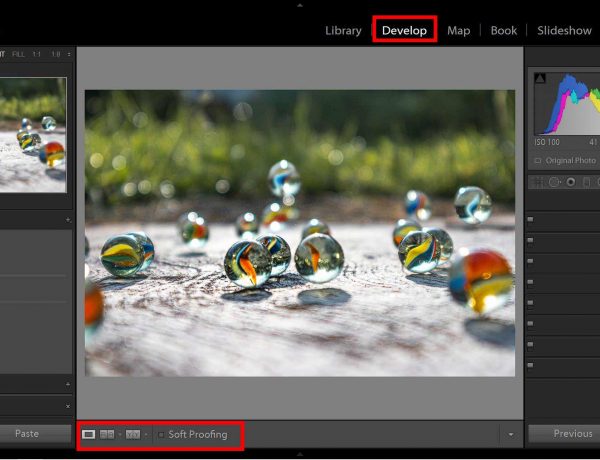 How To See Before And Afters In Lightroom