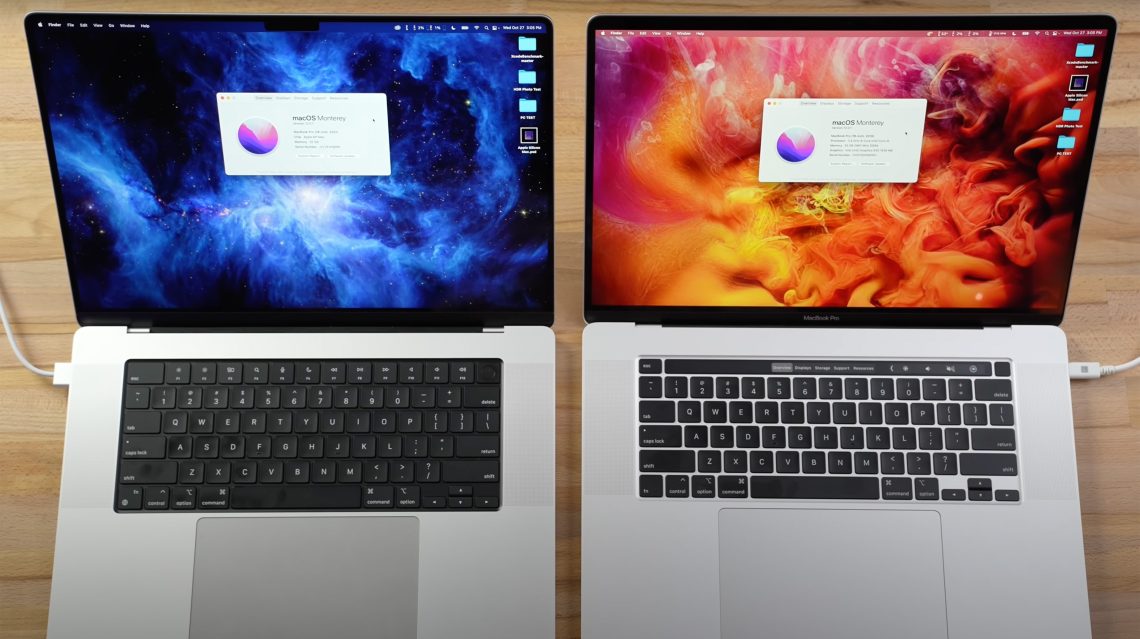 Apple’s new MacBook Pro comes with the recently released M1 Max which makes it different from the previous MacBook Pro with the Intel i9. The Intel MacBook Pro is now widely compared to the impressive M1 Max MacBook Pro, which features 32GB of RAM to boot. In this comparison guide, we would explore the performance of these two MacBook Pros and help you in making your purchasing decision.

A big thanks to MaxTech for testing these two laptops and creating all information below. Go subscribe to them for more.

The first performance test on our list is the Geekbench 5 CPU test, which is a simple yet basic test. The M1 Max and Intel 16″ MacBook Pro feature eight high-performance cores, with 32GB of RAM.

This test is measuring the quality of graphics provided by the M1 Max and Intel MacBook Pro. The latter has a lower score of 42,884 while the former’s score is 69,478. This makes the M1 Max 62% faster than the Intel. The M1 Max also does not use its GPU to its complete capacity, so you can expect even better performance and speed.

Another important test, which tests how fast the web browsing is on any of the laptops. The M1 Max MacBook Pro has an impressive score of 271, which is way higher than previous models. On the other hand, the Intel MacBook Pro score is 152.

The M1 Max promises 80% faster web browsing speed than other models and is also quick with other tasks.

The next test on our list is the RAW speed test for Blackmagic. This test would measure how the CPU and graphics of the MacBook Pro can decode the Blackmagic RAW codex.

The CPU in the Intel model would decode Blackmagic RAW codex at 48 frames per second, which is faster than the M1 Max which decodes at 29 frames every second.

The M1 Max offers double the speed of the Intel, which is a very impressive performance.

If you’re a gamer, then the GFX Bench metal test is meant to measure the performance of the device when it’s used for playing PC games. The Intel MacBook Pro is known for being one of the first models that could support heavy games with its graphic card, and it offers 309 frames/second. This is, of course, way lower than the M1 Max, with 129 frames per second.

Thus, you get more than double the performance in Intel as you enjoy playing your games.

For programmers and coders, the Xcode Programming Test would be very important. The Intel MacBook Pro took almost 200 seconds to run the code, unlike the M1 Max chip which took about 93 seconds.

The M1 Max MacBook Pro would run your programs much faster than the Intel chip and is only three seconds behind the highest score for Xcode ever.

The Cinebench R23 runs a stress test on the computers to see how much watts, heat, and power that they consume while being used with apps and other programs.

For the thermal tests, there isn’t much difference between how hot they get during and after use. The M1 Max was giving off 43 degrees while the Intel was at 45 degrees.

As for the fans, the i9 MacBook Pro was completely maxed out after the stress test. On the other hand, the M1 Max barely used the fans and it still operates silently, unlike the Intel which is struggling with its fans to cool down the laptop.

When testing the Blender Rendering Performance, we considered the GPU and CPU of the M1 Max and Intel models. The M1 Max GPU loaded in 5.9 seconds while the Intel took 33.5 seconds to load, way slower than the M1 Max.

As for the CPU, the M1 Max is 20 seconds and Intel is 31 seconds, so the difference is not very wide.

If you’re interested in camera work and other related aspects, there are also tests taken to measure the speed and quality of running different programs on the M1 Max or Intel MacBook Pro. Here is a rundown of the tests and their results.

From all these performance tests, whether you want to play games, run photo editing or video making software, or just carry out basic tests, it is clear that the M1 Max MacBook Pro is much better than the previous Intel MacBook Pro.

The M1 Max has higher scores in most of the tests carried out than the Intel, which is unsurprising as Apple has promised top performance in their new chip.

You can learn more about these tests and ratings in the YouTube video by Max Tech embedded below.

A big thanks to MaxTech for the video and testing! Go subscribe to them. Also watch their video below for more information about the comparison.