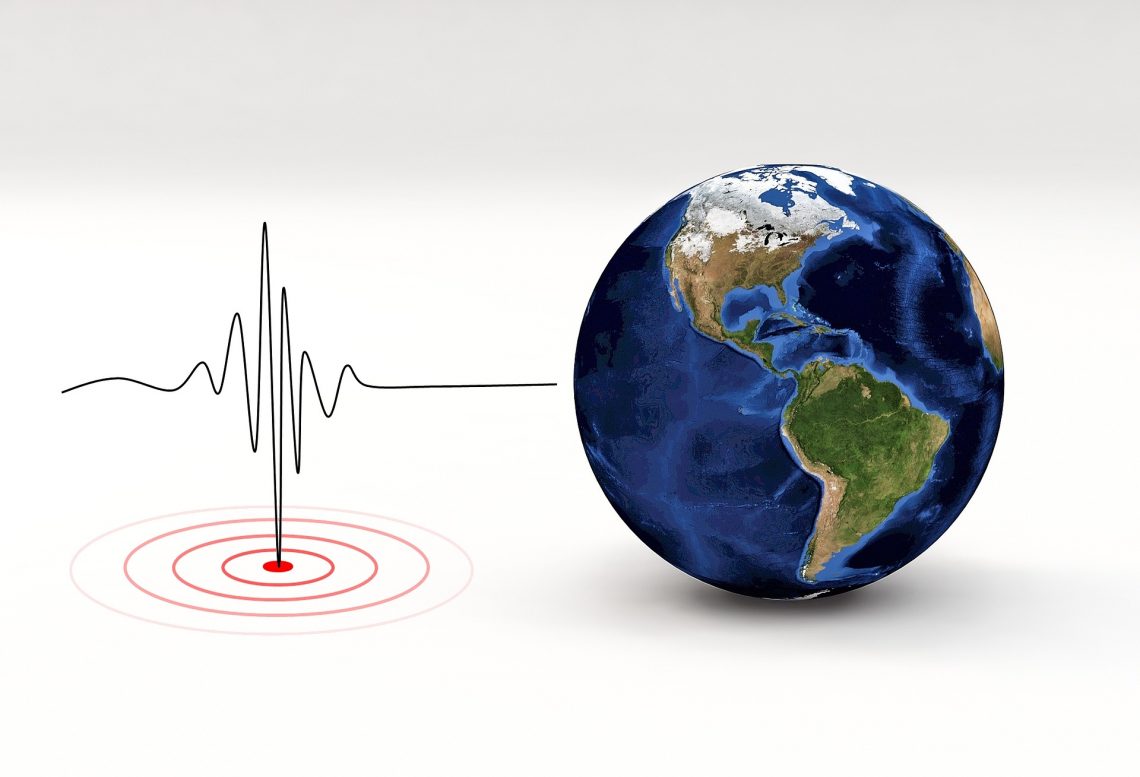 The Earth’s lithosphere consists of massive tectonic plates, which are always moving because of the heat deep within the planet. Those movements cause what we know as earthquakes.

So, we can’t exactly escape earthquakes, but we’ll soon have a way to protect ourselves right before the ground starts shaking.

For the first time ever, we will have a global earthquake warning system at our fingertips – on our smartphones. And it’s all thanks to Google.

As we recently found out in Google’s blog post, the internet giant saw an opportunity to turn smartphones into mini seismographs that will warn Android users about incoming earthquakes. They will receive a warning just a few seconds before the tremors begin (maybe even a minute) so that they can quickly get to safety.

That’s all thanks to built-in accelerometers that every smartphone already has. So, there will be no apps to download.

Accelerometers are sensors that detect vibrations or motions, measuring the motion speed and direction of objects. In the case of smartphones, they detect when you tilt, shake, swing, or rotate your phone.

Since they detect vibrations, Google came up with the idea to use them to detect earthquakes.

They can recognize both the primary and secondary waves, which can be extremely useful. Most of the time, the primary wave is so short that you may not even notice it. But when the longer secondary wave hits, it may already be too late to find shelter.

So, in collaboration with the US Geological Survey and several universities across the country, Google started developing an earthquake early warning system called ShakeAlert.

As it’s officially named, the Android Earthquake Alerts System will send signals to a vast network of seismographs that the USGS and other partners maintain. It will send signals whenever accelerometers detect earthquake-like vibrations. That way, people might be able to have just enough time to find shelter.

How Will This Work?

Google has already rolled out the new quake warning system in California, so we’ve had the chance to see how it works.

When an accelerometer detects an earthquake-like vibration and sends the signal to nearby seismographs, it will also send the location. Of course, if only one or a few accelerometers do so, it wouldn’t be considered a threat.

However, Google’s earthquake detection server will immediately start comparing data from a network of Android devices in the area to make sure there’s an earthquake. If there is, it will instantly send the warning to all the users in the affected area.

For the moment, Google, the USGS, and the California Office of Emergency Services rely on seismographs to send alerts to Android users across the state.

Google needs a lot of data before it can finally turn smartphones into mini seismographs, so it requires people to use Google Search whenever they feel any tremors.

They also need to allow Google to collect and use their accelerometer data – which is optional and anonymous.

Also, the company will collect the necessary data only from Android devices that are not in use while charging. That way, the data will be entirely accurate, as it won’t measure the general movements of phones.

The ShakeAlert system will be able to locate the epicenter of an earthquake. That’s why it will send different warnings to Android users, depending on where they are located.

When there’s an earthquake of at least a 4.5 magnitude on the Richter scale, Android users in the impacted area will receive a loud, full-screen alert telling them to drop, cover, and hold on once the ground starts shaking.

However, those too close to the epicenter will only receive information about what to do to stay safe after the earthquake. That’s because there simply wouldn’t be enough time to warn them.

Will ShakeAlert Be Able to Predict Earthquakes?

Unfortunately, there’s no way to predict when an earthquake will take place. The ShakeAlert system is going to be truly remarkable, but it won’t be magical. Even seismographs can’t predict the movements of tectonic plates.

However, USGS’ earthquake technological systems can calculate the possibility of seismic activity near an earthquake. That’s why people could potentially get a head start of a whole minute before a quake takes place.

The warning system will also send free alerts to businesses in affected areas so that they can quickly take safety measures.

For instance, they can immediately shut off gas lines, close down elevators, and automatically turn off any other sensitive piece of equipment.

The alert can also help slow trains and warn landing airplanes to stay away from the ground until the shaking stops.

People in moving vehicles can also be advised not to enter any tunnels or cross bridges.

The ShakeAlert system does have its limitations, as it can’t help protect all the people in the epicenter of a quake. However, you can’t deny its massive benefits. It will be able to potentially save millions of lives globally once it fully rolls out.

The Android Earthquake Alerts System is expected to roll out for all Android users sometime in the next year. However, China will be excluded from the system, as it doesn’t use Google Mobile Services.

Apple devices will also be excluded. That’s because smartphones operating on iOS don’t have built-in alerts, such as AMBER and flood alerts. iPhone users rely solely on apps to receive notifications about earthquakes.

As this new quake-early-warning-system won’t involve any apps to download, only Android users will be able to benefit from it.