12 Exciting Games Releasing Next Year You Should Look Forward To 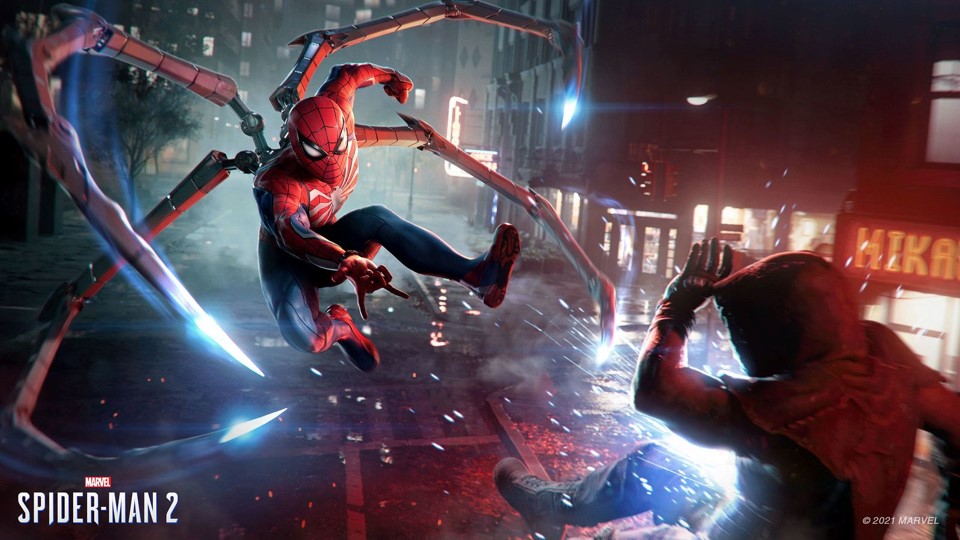 The games industry hasn’t been as big as it used to be these past few years. The focus is mostly on the new Xbox & PlayStation consoles rather than the games themselves. Thankfully, there are a plethora of games releasing next year in 2023.

We’ll be going over what games we think are worth mentioning and some of our own games we’re excited to play. (Which is pretty much every game on this list).

If you think any games releasing next year deserve to be added to the list, please don’t hesitate to let us know your thoughts in the comments below.

Finally revealed at the Xbox games showcase 2022, Starfield is Bethesda’s next big release. Many gamers have highly anticipated this title since its initial reveal at Bethesda’s E3 press conference in 2018.

With the recent reveal of Starfield gameplay, people are comparing this game to No Mans Sky & Skyrim, saying it’s a good mix of both games. And we’re excited about that!

Not only can you customise your own starship however you want, but you can also customise your character & base all down to the finest little detail. This game is going to be a big hitter for years to come.

It’s also worth a good note. We’re very excited to see what the modding community has in store for this game once the second iteration of the Creation Engine is released for the game.

Zelda: Breath of the Wild swiped the GOTY award back in 2017, and it wholeheartedly deserved it. It was a revolutionary new game that just made you smile throughout. Sure, not everyone enjoyed it, but we did. So much that we’ve played through the entire game twice.

The sequel to BOTW is due for release in Spring 2023, and we’re so pumped to play it. Ganon is back in some capacity & Zelda is in need of saving (We assume this as it’s the usual story for Zelda games).

There will be huge changes to the Hyrule kingdom this time around, there are rumours of underground caves, and it’s confirmed that you can explore the sky as lots of Hyrule is floating amongst the clouds.

There are new abilities, new places to explore, new combat moves to master, and another iteration of Hyrule to spend hours exploring.

Dead Space is one of the most successful Survival Horror games ever released, and now it’s getting a full remake! Sure to make everyone wet their pants again.

EA surely listened to their audience for this title, due for release in January 2023. This one really isn’t too far away.

The trailer for the remake looks truly terrifying. We know it’s engine footage, but we expect the game to be similar to what we’ve now seen.

We all know what to expect for a game of this calibre, and let’s hope we aren’t let down by Motive Studios.

We all expected this for a while, as rumours were circulating around on Twitter and Reddit for months before it was officially announced. Now, Resident Evil fans are ecstatic since it’s been revealed.

Capcom has promised several major improvements in both gameplay & story compared to the original game. It will have new story content and tie in with the latest Resident Evil games, which makes us even more excited for this release.

In many people’s eyes, Insomniac Games are some of the best video game developers in the world. They always release their games when promised, on time, and polished thoroughly.

Marvel’s Spiderman was released in 2018 and impressed millions of PlayStation fans due to its incredible storytelling and character development.

We’re sure to get more of this in the new entry in the Spiderman franchise as we now have both Peter Parker & Miles Morales fighting new, challenging enemies.

In the trailer for the game, we can see both Kraven the hunter & Venom. It’ll be interesting to see where they take these characters and how they tie into the story.

Respawn Entertainment are back at it again with Jedi: Survivor. Cal Kestis has returned, and he’s still on the run from the empire.

This game takes place 5 years after the end of the original game, so Cal Kestis is now somewhere around 23 years old. Hopefully, he still has his allies helping him along the way.

We’re really hoping they tie in the story of Jedi: Fallen Order & Survivor with the live-action TV series of Star Wars, and there are rumours and theories of how this will happen in the new game.

We can’t speculate too much on anything right now as there hasn’t been too much official information on the game, but we’ll see when it gets closer to the release in 2023.

ARK 2 is the sequel to ARK (released in 2016). The original ARK has been supported and has been receiving updates for the past 6 years. This is sure to be one of our top games in 2023.

ARK 2 takes place on a planet (as far as we’re aware) instead of artificially made Arks this time. If you’re not familiar with the original story of ARK, we recommend watching a YouTube video on it.

Plenty of videos explain the story events and what you need to know before playing ARK 2. The new title features Vin Diesel which Studio Wildcard has not held back in slapping his face on the front of the game to help advertisements.

Not that it needs it, of course, the first ARK game definitely had its fair share of issues, but they were smoothed out over time. ARK 2 is sure to be a huge improvement upon the first, especially since it’s being developed in Unreal Engine 5.

Final Fantasy 16.. wow. This game looks incredible. Square Enix always ensures the quality of their Final Fantasy games is the best they can be, and this game is no exception.

They haven’t revealed much on Final Fantasy 16 aside from the trailer, although we can tell this game is a hack & slash game, setting it apart from other titles in the series.

Final Fantasy 16 will only be released on the PS5 console as an exclusive, so if you’re looking to try this title out, you’ll need to invest in a tough-to-find PlayStation 5 console.

Diablo IV, it seemed like we would never see this title. Although we knew that Blizzard was working on it in some capacity, we didn’t think we’d see it coming out so soon.

Diablo IV will hopefully prove to be an improvement upon the previous game in every way possible. The expectations for this title are high, and Blizzard knows they have to meet those expectations in as many ways as possible. Here’s hoping they deliver!

Black Myth: Wukong is a souls-like game being developed by the small but incredibly talented studio over at Game Science Interactive Technology Co. They’ve been developing Wukong for several years now and are using Unreal Engine 5 to develop their game.

The game looks absolutely stunning in every aspect. The gameplay looks amazing even though it’s not a final representation of the final game, and the environments look beautiful and aesthetically pleasing to the eye. This game will only be released on next-gen platforms due to the hardware limitations of the previous generation.

The highly anticipated sequel to the original Hollow Knight game! Hollow Knight: Silksong will be coming on day one on Xbox Game Pass. Fight difficult enemies in this platformer, and experience challenging platforming puzzles and intense chase/escape sequences.

We’re personally really looking forward to this one and can’t wait to try it out! 2023 really can’t come soon enough!

12. The Lord of the Rings: Return to Moria

A 4 player, coop survival game based in the mines of moria. This game takes place after the events of the Lord of the Rings trilogy, where you play as one of 4 dwarves alongside your friends to return to the mines of Moria and reclaim what was taken from you by the balrog, orcs & goblins.

The game looks fantastic and looks like tons of fun to play with anyone who’s a fan of LOTR. Build bases, craft improved weapons & armour, hide from orcs & goblins or fight as many as you can. Do anything you want, as long as you’re working to reclaim your home!

The game of the year is here! Have you ever wanted to be a pigeon? Now you can, not only that, but the best pigeon! Jokes aside, these simulator games have a tendency to take the entire gaming world by storm when they release, at least for a little while.

Pigeon simulator is shaping up to be one hell of a simulator game, and we’re all excited for it to release!

There are so many games releasing in 2023 and onwards. Almost all of these games, or at least at the time of this writing, will be released in 2023. Surely, the years after will be even better but for now. Let’s focus on what is just ahead of us and look forward to that.