How To Enable GPU Acceleration in Premiere Pro – Quick & Effortless 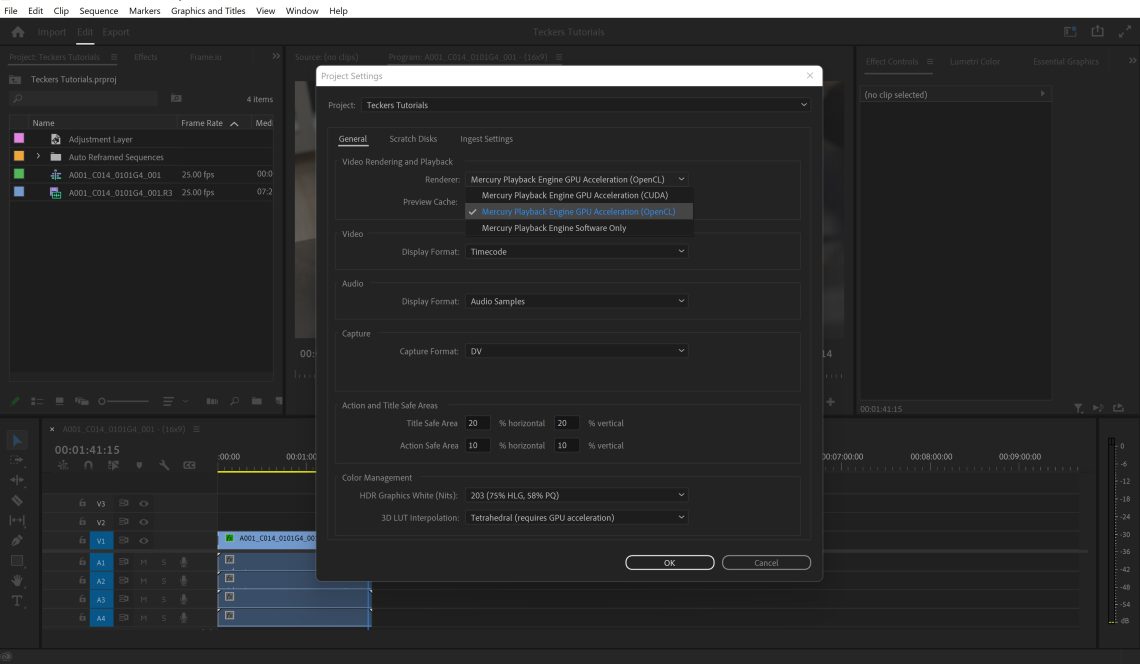 In this article, I’ll explain what GPU acceleration is, why you need it when using Premiere Pro, and a step-by-step guide to enabling it in your software, so read on!

GPU stands for Graphics Processing Unit. It is a separate piece of hardware on a computer motherboard that boosts the processing power of a PC.

The original purpose of GPUs was to enable 3D rendering–a task that is sometimes too demanding for a central processing unit (CPU). GPUs are still used for this purpose today, but they’re also great for reducing CPU workload in other arenas.

Graphics processing units can pick up the slack for highly demanding artificial intelligence and video editing processes. That brings us right back to Premiere Pro.

The necessity of GPU acceleration for Premiere Pro + requirements

Adobe Premiere Pro requires a 32-bit GPU with at least 2GB of video RAM (the recommendation is 4GB). Some big reasons for this include:

Whether you use Windows or macOS, looking up the make and model of your computer will tell you how much power your GPU has. Now let’s get to enabling GPU acceleration for Premiere Pro.

Here is a step-by-step guide to enabling GPU acceleration in Premiere Pro, so you can take advantage of cleaning up your timelines and play your video on the full screen. As promised, the steps are quite easy.

With Premiere Pro running, click “File” on the top toolbar, then, on the drop-down menu, click “Project Settings“.

After that, choose “General“ and look for “Video Rendering and Playback” (it’s normally right near the top).

Premiere Pro’s Mercury Playback Engine is a renderer that produces high-quality effects and smooth playback speed. To accomplish this, it consults your computer’s GPU. Following the above steps sends the playback engine to the right place for supreme processing power.

The 3rd video explains in detail how GPU acceleration works and why you should probably use it in several situations. Especially if you have the performance to spare on your PC.

Premiere Pro is among the most popular video editing tools in use today. Yes, it requires some serious processing power, but your system has the juice if you love editing videos. And now you can get back to work knowing that Adobe is getting optimal performance for its software.