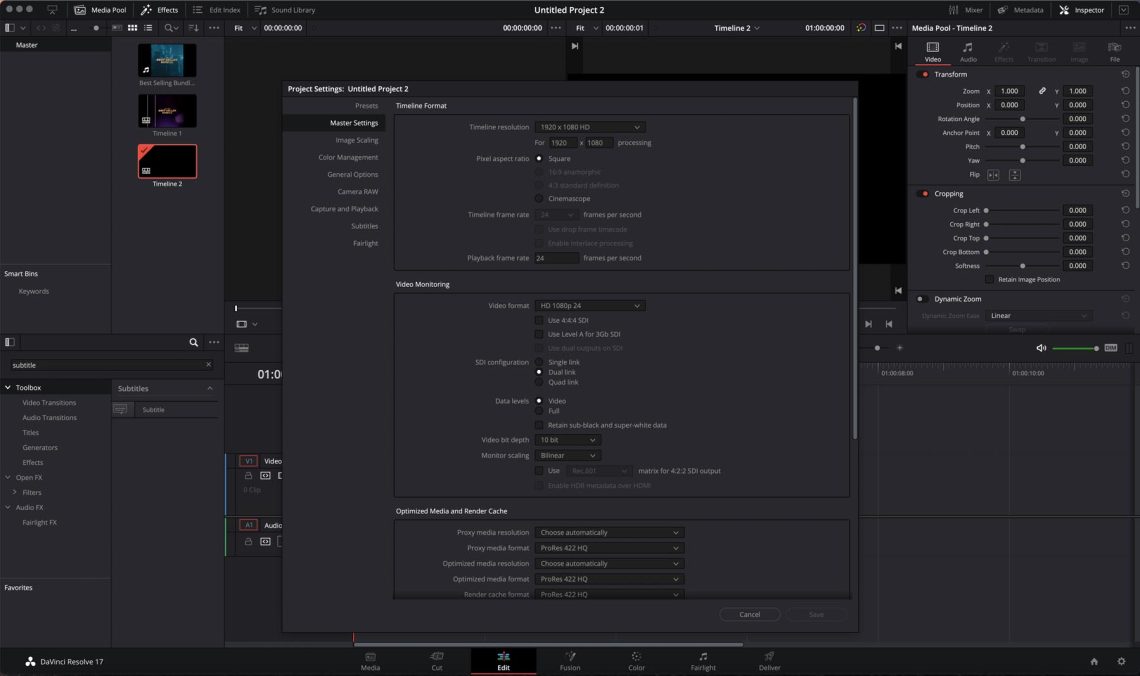 When working with videos on DaVinci Resolve, it’s essential to ensure you are using the correct frame rate that your camera shot the footage in. Mixing frame rates is a big no-no, not a good way to start a project.

This easy tutorial will show you how to change the frame rates when using DaVinci Resolve for your video editing.

From animating to video editing, there’s no limit to what you can do with DaVinci Resolve. The platform features different tools and allowing you to adjust the frame rate is one of them.

Follow the steps below to change the frame rates of your clip with DaVinci Resolve.

What is Frame Rate?

A video is an illusion of images being displayed quickly per second otherwise known as FPS (frames per second). The frame rate is also used on cameras to measure how many of these images are captured in a second. So, if you have a video with 24 frames per second, this means 24 images are playing rapidly per second.

The more advanced your camera is, the higher the rates would be, set at 60 or even as high as 1000fps.

Shooting in high frame rates are strictly for capturing more frames so you can slow down the footage otherwise known as Slow Motion. You will never have a project in DaVinci Resolve in slow motion frame rates such as 120fps+.

The only video editors that use high frame rate projects are Gamers because they love the 60fps and 120fps games. When they make gaming videos, they want to get the same feel as the game.

Most editors will ever use frame rates over 30fps as a base project and for good reason. It just looks like Emmerdale or some other lame TV show. Movies are more favourable in 24fps, this is why most films have only ever stuck by the 24fps rule.

It’s a bit of confusion around the world on which frame rates to use and when. It usually depends on your country and the refresh rates of your lights when filming.

Personally, I find 30fps to look too “smooth”. I always shoot in multiples of 25fps then edit my videos in 25fps.

Stick by your cameras frame rate

If you slow 50fps footage by 50% in a 50fps project, the footage will appear jumpy to the rest that is playing in normal motion. Slow motion frame rates are only used to capture more frames to use slow motion.

Do not have a higher project frame rate than 30fps

Your frame rates should only vary from 23.987 to 30fps. It’s the most favourable range unless you’re a gamer. Movies are mostly always 24fps, UK and some other countries are always 25fps and the US are around 30fps.

Do not mix frame rates in your timeline

Mixing frame rates causes all sorts of issues. If you’ve ever seen a video and noticed frames looking jumpy, or some frames freezing, they’ve probably mixed framerates. It’s good practice to stick to multiples of what your framerate is. Therefore, you won’t have any issues with the final render.

It’s not always bad, sometimes it’s hard to notice mixed frame rates, but it’s not a good practice at all. Of course, if you have to then do it, but avoid it as much as possible.

Steps to change the timeline frame rate in DaVinci Resolve

Why is my timeline frame rate option greyed out?

You can only do this if you have no clips in your timeline. Unfortunately, this is just the way Davinci Resolve works. If you need to change the timeline framerate, you need to create a new timeline:

3. Click on the ‘Format’ tab and change the frame rate

4. Click ‘Create’ and copy your old timeline to your new timeline

There you have it. It’s not the easiest, but I’ve tried to make the steps really simple for you. Hope this helps.